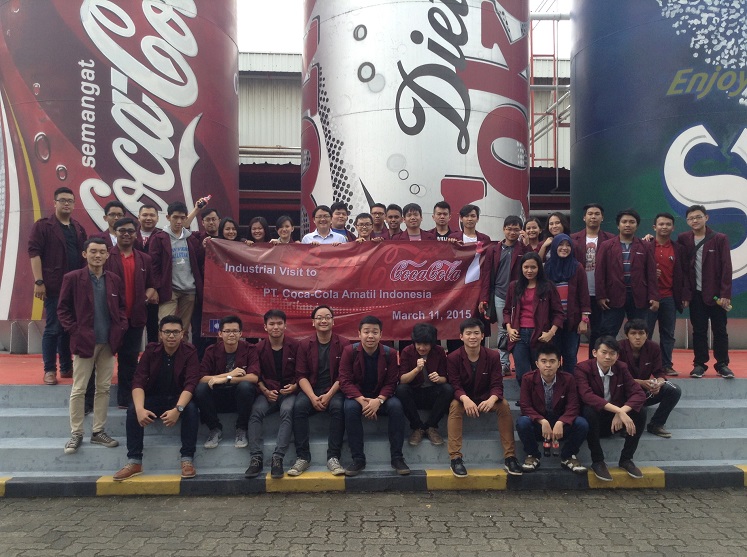 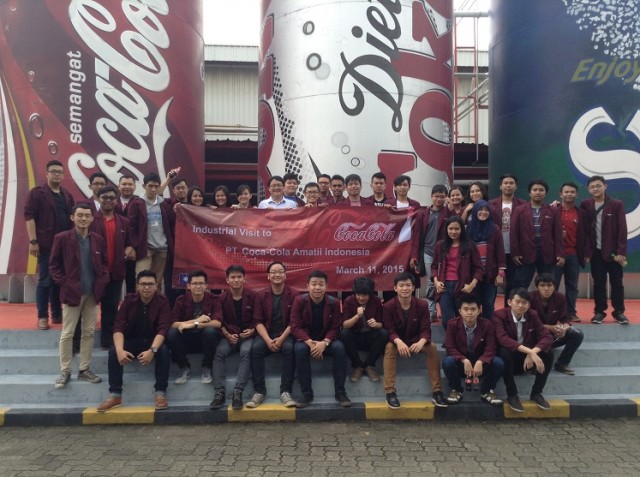 In 11 March 2015 IIE Binus University Chapter held an event called Industrial Visit, and this time we are going to visit PT. COCA COLA AMATIL INDONESIA. PT Coca Cola Amatil Indonesia is a leading soft drinks company in Indonesia which produce and distribute the licensed products of The Coca-Cola Company which always want to provide the best service to all the customers and consumers.

We gather in Anggrek Campus at 6.30 am, and after all gather we do 1 more check for the students and then we go to the Coca Cola factories. The traffic is not so bad because there is not so much traffic in the road.

At 9.00 am we arrived in Coca Cola factories and we just see how cool and how great the factories are, how they manage even only the parking lot that is so ergonomics that all the parking bus or car is not bother one or another.

After that we start to moving to one big gathering room, there are 2 people who explaining to us the history of PT. COCA COLA AMATIL INDONESIA, how many the factories are, when they begin production in Cibitung plant site and another information. After that, we come inside to the factories to see the factory and that is an AMAZING experience. Because the factories is so cool and not just we read in the text book, how the process work from the raw material until they ready for sell. It’s so amazing moment.

And after that we are get to take free sample of the product which is Coca Cola, Fanta, etc. And after all groups gather again we give the PT COCA COLA AMATIL INDONESIA our sign of gratitute to them and we get back to Anggrek Campus because our time is up at Coca Cola Factories. It’s an amazing experience to come to PT. COCA COLA AMATIL INDONESIA because not only we get the knowledge but we can see how the real factories work too.