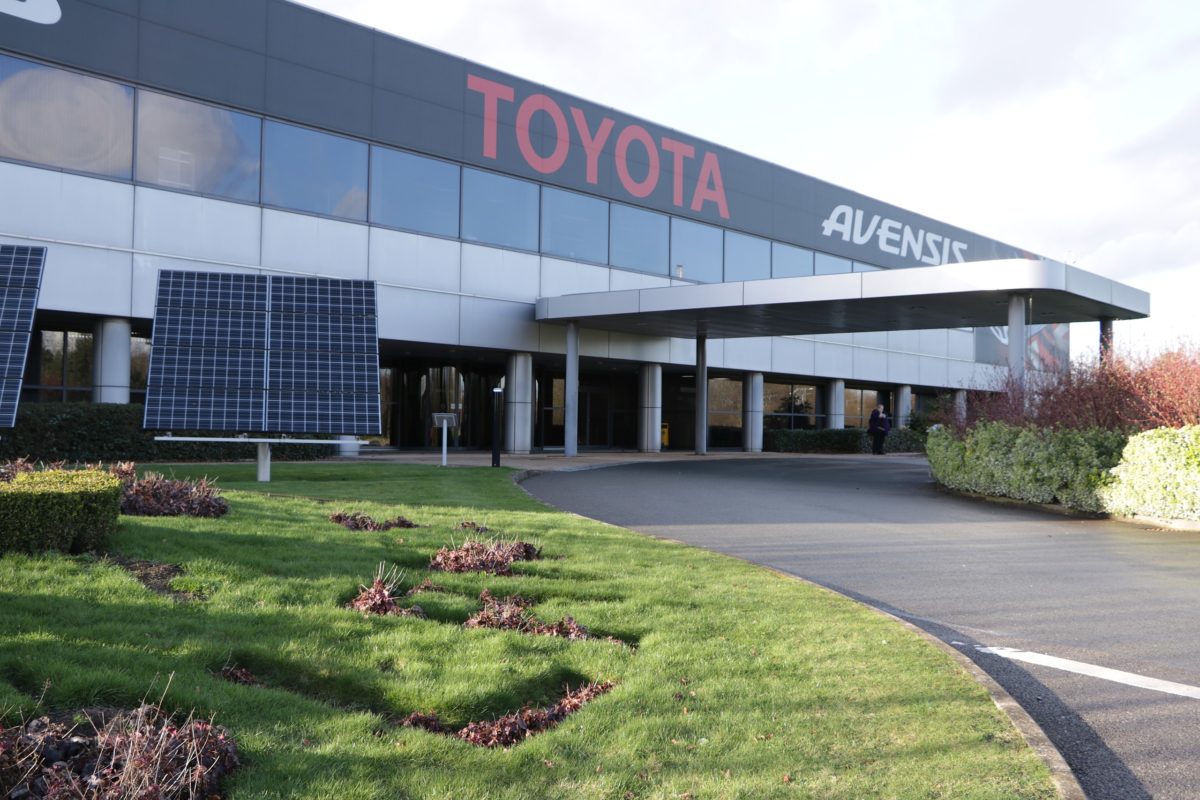 At Toyota, classic industrial and systems engineering keeps industry 4.0 from taking manufacturing away from reality

Elon Musk and Tesla have become heroes of those who look forward to a high-tech world where the internet of things takes over the material world of things. Musk is forward looking, visionary and seen as a disrupter to an established and conservative auto industry. The factory, as envisioned by Musk, would be completely automated and running at a speed unknown to the auto industry.

Again, we’re back to the future

The Toyota Production System (TPS) became a global benchmark for operational excellence. The most visible example is in Toyota’s assembly operations, which are very manual. Workers time each other and take seconds out of work processes until a full process can be eliminated. They constantly squeeze out waste and boost productivity. The famed standard work chart displays second-by-second activities by workers and is strictly audited and regularly updated as each process is improved.

People are the heart of intelligent automation

John Shook shed further light on the importance of people in the complex logistical system of automotive manufacturing, a system that can easily become a logistical nightmare for Tesla:

This is why Toyota develops people to kaizen (continually improve) automation.

Kawai explained that he had a standing order to increase productivity 2 percent every month. Each month he went back to zero. If one month he achieved 4 percent, he still needed 2 percent the next month. He started when the processes were mostly manual, and five decades later the processes were almost completely automated.

Much of TPS focuses on reducing waste in the work of humans, but to Kawai the same principles applied whether a person or machine did the work.

Second, he created a manual assembly line so that each employee could experience a traditional application of TPS and improve it. Kawai was not satisfied with Lego simulations; he wanted a real production line. He saw an opportunity when Toyota closed a plant in Brazil. Kawai asked to have the transmission assembly line boxed up and moved to his plant in Japan. He reasoned that he could use a manual assembly operation to make low-volume transmissions efficiently, models that would not be economical to mass-produce using automation.

So what does this imply for the future of automation?

Well, manufacturers could really blow an opportunity. Few companies think about technology with the same care and vision I have witnessed many times at Toyota. Consider these three questions:

After all, it’s the future. But viewing technology as the solution comes with serious problems.

First, what is the problem? Are we installing new equipment with fancy sensors tied to the internet because it is the latest craze, or have we identified specific opportunities where specific technologies will add value?

Second, do we understand the capability of our processes without the new automation? Unfortunately, most companies start far from lean. They do not understand the potential of their factories without automation. So the business case compares an automated factory to a mediocre operation with older technology.

Third, are we developing people to creatively solve problems, and will the new technology reduce their initiative?

To be honest, the “internet of things” scares the daylights out of me. The internet absorbs people into an alternate universe full of sloppy work that people simply throw up, like tweets. The internet world was created by information technology lovers who often see the world through computers, but there is a reality outside of computers. Some things work, and others don’t. They need to be carefully designed, maintained and, if you are Toyota, continually improved by people who understand how things work and how to make them work better. Ohno’s key concept of working at the gemba kept managers knee deep in reality. Industry 4.0, if not viewed thoughtfully, threatens to take us further and further away from the gemba – and from reality.

And last, have we factored in the cost of upkeep and maintenance? Maintenance cannot be automated. People maintain equipment. Maintenance, be it minimal, preventative and or even predictive, requires people to use all their senses to deeply understand the equipment. In Japan, people say their equipment is in the worst shape it will ever be when it is first launched. Excellent maintenance and kaizen will make the equipment better. Toyota’s plant in England is aiming for running production, right the first time at the customer demand rate, 97 percent of the time – metrics unheard of in many companies that consider 70-80 percent overall equipment effectiveness (OEE) quite good.

The lessons of lean have taught us there is no end to human creativity, and kaizen unleashes that creativity to achieve increasing levels of operational performance. With new technology used appropriately and disciplined people continually improving, we have the opportunity for amazing systems. Some parts of those systems will be fully automated, and other parts may include people who are more flexible and adaptable than machines. Even in fully automated factories we need disciplined, creative people living on the shop floor to maintain and improve the equipment.