LKMO (Latihan Keterampilan Manajemen Organisasi) is an annual activity that is held to improve our activists’ capability to manage an organization operationally, structurally, and managerially. During this year’s LKMO, there are several series of events such as roleplay presentation, talk show, and games. LKMO 2021 utilizes Zoom Cloud Meetings as the platform to stage the event, where every participant was proactive in attending the event.

LKMO 2021 was held on 8th, 12th, and 13th of March 2021, where the theme chosen for the event was “Awaken the Spirit of the Leader in Organizational Management”. The goal of this theme is to build a leader with good character who can develop academically and non-academically both in an organizational and non-organizational setting. The event was attended by a total of 67 activists where each and every one of them attended proactively. The participants were divided into 8 groups, in which every group was assigned a mentor.

The first day of LKMO 2021 was opened by the President of HIMTRI and also the project manager of the event. The opening of the event was then followed by several series of events such as checking of group attributes, yel-yel singing, delivery of material by Bernardus Yuven and Dendi Fedianza, games, delivery of material by Ichlasul Haikal and Vianni Aurelia, talk show with Setyo Okiviantoro, and the first day was ended with a group photo. On the second day, the event was opened with checking of group attributes and yel-yel singing. After the opening, the next series of event were the delivery of material by DPI HIMTRI 2021, first stage of roleplay, games, and the second day of the event was ended with a group photo. The first stage of roleplay was a simulation, where every group was tasked to draft a presentation proposal of HIMTRI work programs which then they will present in a breakout room. 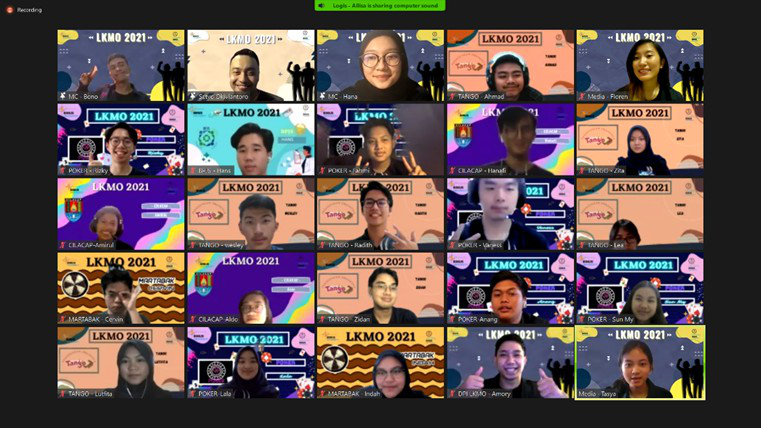