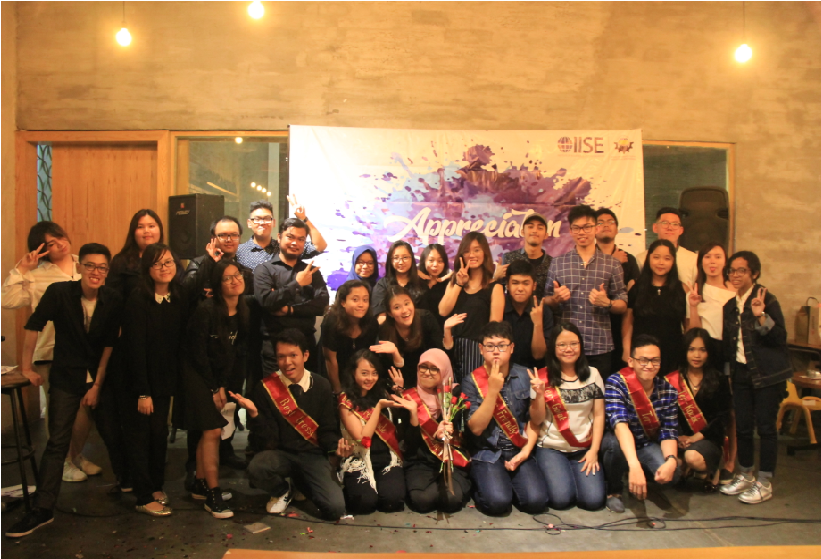 Appreciation Day 2018 is the first appreciation event that IISE BINUS has been held since the establishment of the student chapter. This appreciation day was held on April 8th, 2018 and took place at Lounge 78. The event was secretly planned by the committee and led by Selvi as the project manager under the supervision of Evelyn as the manager of internal relation division. All staff and members has been told that we were going to hold this event only three weeks before the day. The purpose of event are to appreciate the staff for the great performance in the current period, and position handover from the old presidency to the new presidency. There were some activities that we have done together, like playing some games, had a dinner, appreciation to all staff and member, also sang and danced. The appreciation day is closed with position handover from the old presidency to the new presidency. We had Ryan as our new president, Rosiana as our new vice president, Galih as our new secretary, Catherine stayed her position as our treasurer, and Prabowo as our new General Manager. We also had four new managers. They were Kristian as Corporate Relation Manager, Reza as Media Development Manager, Jesslyn as Program Manager, and Selvi as Internal Relation Manager.